Hello! I was able to get some sewing in these past few days, despite have a sick girl. A dress for M and a shirt for H. I mentioned this dress in my previous post but hadn't tried it on Miette yet. She felt better today and insisted on wearing it all day even though I had not hemmed it. I may end up doing a zigzag stitch since it ended up bring shorter than I planned. I think the style is just precious on her and she loves it. 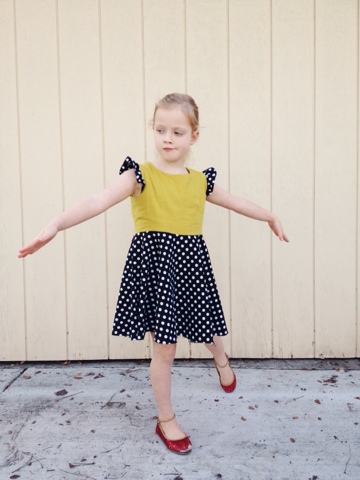 The bodice is a mustard double gauze from the Imagine Gnats shop (sold out but on order). The skirt and sleeves are a stretch polka dot I picked up last year at Michael Levine Loft. 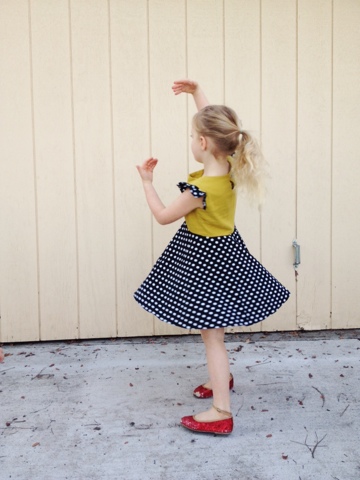 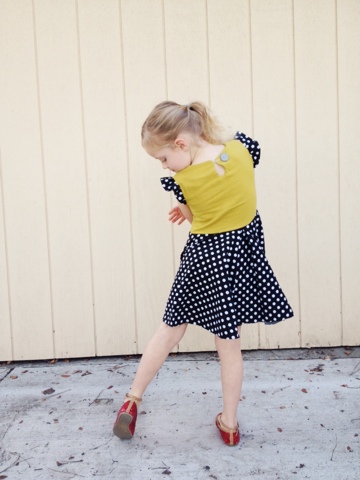 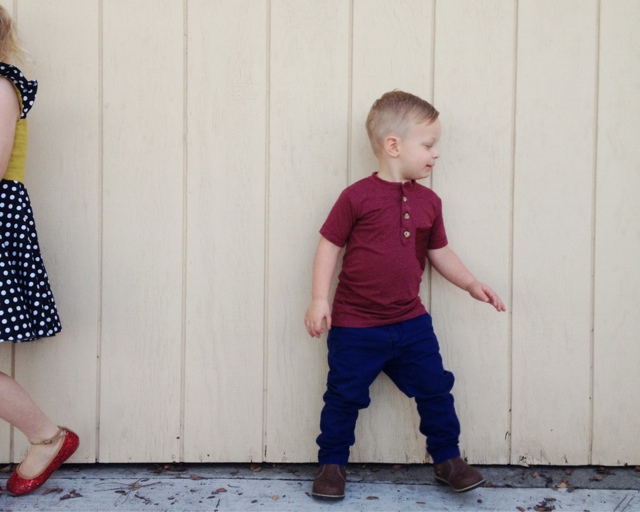 For Henri I sewed up the Hipster Henley from Blank Slate Patterns. This is the second one I've made and I ran into similar problems as my first. The placket and collar are much better this time around but sewing buttonholes on knit fabric is just frustrating! I only had to sew the same buttonhole 3 times... 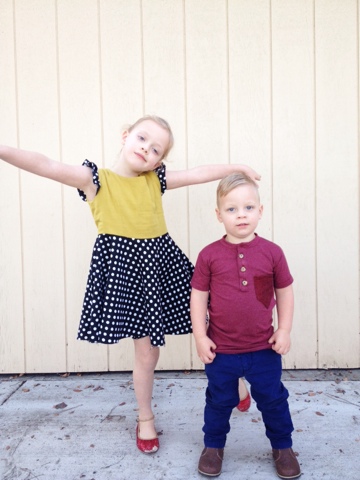 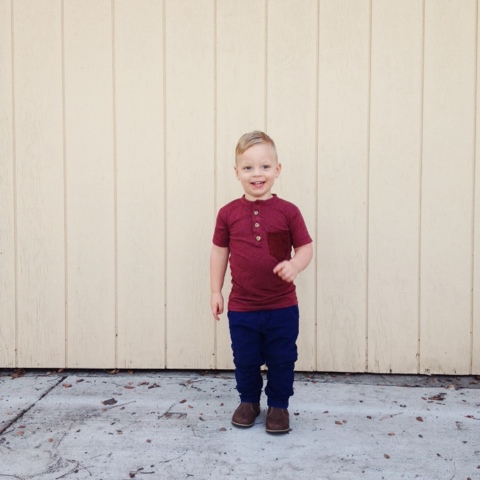 Next time I'll move the pocket up, it is just too far down for my liking (I placed it where the pattern stated). And I went up to a size 3 but feel that it still too snug around the underarms and upper chest. Next time I'll use a smaller seam allowance for those areas. Other than that, I love it! 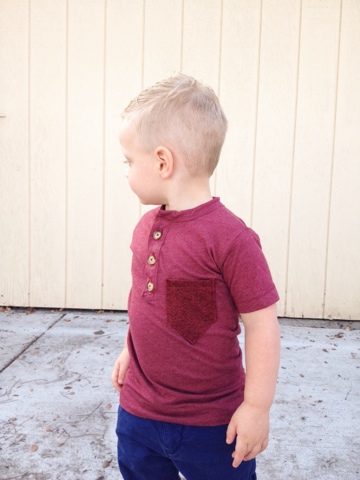 I repurposed a men's shirt so I was able to use the existing hems! And the pocket is Shetland flannel in Redwood.
The rest of the week is dedicated to sewing a few baby gifts, a scarf and finishing up a few capes and bonnets for the shop.
Have a great day!
Posted by April Boyer Modern Handmade at 2/04/2015

Ahhh, love the colors here! That skirt looks super twirly, you can tell she loves it. The little man shirt is adorable, too! I love his hair.

Ooh I just love these! I'm getting ready to sew some button holes on knit and I'm not looking forward to it. My machine makes pretty shabby buttonholes anyhow. Maybe I'll attempt them by hand. Anyway, lovely as always!!

Isn't it great fun when you can use existing hems! Hemming is my least favorite part of sewing! I love the outfits!

I love both of these items! I have the hipster henley pattern but haven't sewn it yet. That button placket intimidates me! Buttonholes on knit (even with interfacing) are AWFUL with my machine, so I feel you there. Good to know about the pocket placement, too.

Oh, I just love that dress! I wish I could get my daughter to wear that color combo.